Price Action DTW What to Look Out For

First, I want to preface this by saying this is NOT a post to bash anyone. It’s just my personal experience and opinion with DTW and John Paul. Yours may vary.

I have been trying to make the DTW methodologies work for me for more than a year now (don’t laugh).

To begin with, I, like so many other frustrated traders, was attracted to DTW because of its simplicity. It seems like most DTW clients stumble upon the DTW website because they are newbs or they had purchased one of the many day trading scam systems on the Internet and were not having the success they thought they’d have. The DTW methods are very easy to understand and follow, making them ideal for less experienced traders looking for a system. At only $600 and a money back guarantee, they figure, “What do I have to lose?” If they purchase and begin using the ATO method during a good week or month, they say to themselves, “This is what I’ve been looking for.” They may even post their feedback or video on the DTW website saying how great the system is. Many of the testimonials used on the DTW website are from traders who had purchased the system and had instant success with it. Then, inevitably, the worm turns and they have a bad few weeks or months. Those 5/6 point stop outs really begin to add up and decimate their accounts!! Especially the days when they happen more than once like Aug 4th and 6th. Ouch!

My theory is that many traders simply give up and decide to move on to look for another methodology. I assume that’s why there are no posts on the DTW site forum from anyone who has been trading these methods successfully for more than a year. I’m NOT saying it can’t be done, but you need to be trading a heck of a lot more than 2 or 3 contracts to make a living using the ATO method. JP trades 20 contracts. But he can afford to. The DTW website says that it has sold “thousands” of ATO courses. Do the math people! We are talking millionaire here. God bless America!!

Add to that the $180,000 (300 courses @ $600 per course) he took in from the sale of his Trade Scalper course he offered for the first time a few months ago, and the $1,800 a pop Atlas Line he sells and you can see why JP can more than afford to trade 20 contracts. Heck, he can trade zero contracts and still make more money in one year than most of us combined will make. Can you afford to trade even 10 contracts?

What about the Atlas Line you may ask. I’m waiting a few more months before passing judgment. The one thing I have found ironic about the AL is this; If you plot a line in the opposite direction using the same degree of angle, you can come up with a similar (albeit opposite) narrative. “Price crossed here and continued in that direction,” “price bounced off the line here,” etc. Try it and come up with your own narrative. Then again, maybe I just have too much time on my hands. LOL

Posting his daily ATO results with his exact entries, exits, stops, and re-entry prices would go very long way in convincing those of us who have bought (literally) into his methods that he is legit. Otherwise, it just looks like window dressing. He stopped posting his results on the DTW website a few months ago because he had been getting too much heat from disgruntled customers. He also recently began filtering people’s posts on the DTW site forum which is a HUGE red flag in my book. I will say, however, that he has been very polite when I’ve emailed him and when we spoke on the phone. Then again, I’m sure Stalin had nice manners too. LOL

Best of luck to everyone 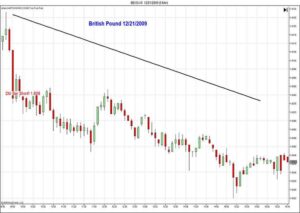 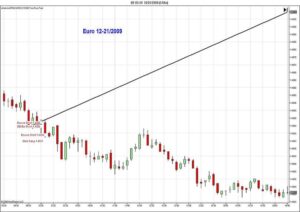 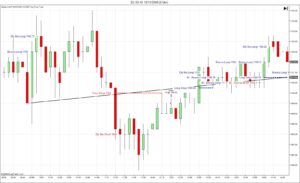